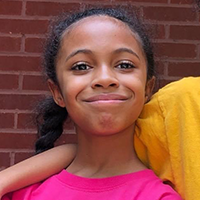 The emergence of teenage girls has brought about a variety of challenges: Academically, these girls have outperformed boys in almost every school subject; they are increasingly obsessed with celebrity culture; and they are being sexualised in a way that their parents and the 1980s generation never had to face. The enduring patriarchy, Page 3 girls, and a culture obsessed with beauty has left girls feeling more vulnerable to substance abuse and other problems than ever before.

There are multiple forms of exploitation and discrimination faced by girl children around the world. According to United Nations statistics, girls are less likely to complete primary school, receive less health care, and are not educated as much as boys. And as girls become women, conditions for them do not improve. So how can we end gender inequality? Here are five ways to get involved. Organize local events and write letters to government officials to create awareness about gender inequality.

The most severe forms of gender discrimination manifest in the disappearance of girls at birth and the disruption of future demographics among adults. The routine elimination of girls before birth is the most extreme manifestation of women’s undervaluation. In 1990, Amartya Sen published a landmark paper on missing women that measured the magnitude of gender gap across populations. Although the imbalance is largely invisible in families and smaller communities, it is most apparent in larger societies.

Barriers to girls getting an education

There are many barriers to a girl’s education, including poverty, child labor, and gender discrimination. Poor families often send their sons to school, and the girls are kept at home to work or to help with household chores. Other barriers include child marriage and harmful gender norms, which prevent girls from getting an education. Nevertheless, there is a way to remove these barriers to education. Follow the tips below to help girls achieve the education they deserve.

The challenges facing girls’ education are diverse and vary by country and community. In poor countries, girls are often not given equal opportunities, as school facilities do not provide the basic needs of girls and boys. Schools may also be inadequate, not meeting the health and hygiene needs of girls. In addition, a lack of gender-responsive teaching practices may create gender-based gaps in learning and skill development. Ultimately, an education system that focuses on girls’ rights will help close these skills gaps and contribute to the prosperity of whole countries.

Relational aggression between girls and boys

Both girls and boys are vulnerable to relational aggression. Recent international research has shown that girls are more aware of and distressed by such behavior. In a study by Horn, girls were more likely to state that it was morally wrong to exclude a person based on his or her membership in a crowd. Boys are also more likely to engage in this type of behavior. Both genders must be protected from such behavior in order to prevent it from harming their relationships.

Bisexuality is associated with an increased risk of substance abuse and violence, which is not uncommon among bisexuals. However, there are some differences that need further research. One group is at greater risk for drug and alcohol use because they are less likely to express their identity in public. Bisexual youth are also at higher risk for self-harm, suicide, and death. The high risk of sexual violence, trauma, and substance abuse may also lead to substance use.